From May 27th to September 27th 2015, the MUDAC (Musée de design et d’arts appliqués contemporains – Museum of Contemporary Design and Applied Arts), the only design museum in Western Switzerland, will present an exhibition entitled “Telling Time” in partnership with Vacheron Constantin, the world’s oldest watch manufacturer in continuous production 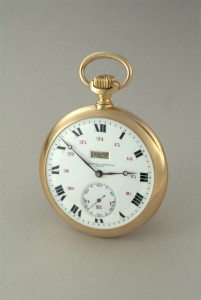 for almost 260 years. The first international-scale exhibition to be held in Switzerland on the display of time, “Telling Time“ aims to engage a dialogue between the historical past of watches and the contemporary productions conceptualised by designers, or visual artists working on the idea of time and its 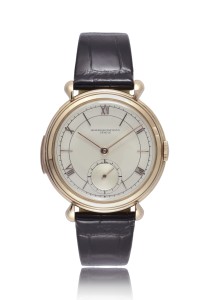 display. Vacheron Constantin has been invited to complete the selection by presenting eight timepieces from its historic collection, alongside more than 150 objects from all over Europe, drawn from both private and major public collections, including the Musée International d’Horlogerie (MIH – International Watchmaking Museum) in Chaux-de-Fonds, the Beyer Watchmaking Museum in Zurich, the Musée d’Horlogerie du Locle – Château des Monts (Watch Museum of Le Locle), the Louvre and the Musée des Arts Décoratifs in Paris (Museum of Decorative Arts). Amongst the eight pieces exhibited which illustrate the know-how and reputation of the Geneva Manufacture, visitors will have an opportunity to discover a 1928 “surprise” pocket watch; a 1929 men’s wrist watch with shutters, on which the shutters protecting the glass are operated by a slider on the bezel; a 1949 “Heure Universelle” worldtime pocket watch displaying the time in 41 cities; a 1930 “Bras en l’air” (arms up) pocket watch with its dial featuring a Chinese magician indicating the hours and minutes with his arms, on demand; and a 1941 ultra-thin minute-repeater wristwatch. Through its support of the “Telling Time” exhibition, Vacheron Constantin is affirming both its commitment to Swiss watchmaking tradition, as well as its interest in revisiting this tradition. Indeed, perpetuating and revisiting its heritage has always been a chief priority for the Geneva-based Manufacture.