Toyota GAZOO #racing scored a dramatic victory in the 6 Hours of Silverstone after a thrilling opening round of the 2017 FIA World #endurance Championship (WEC). In a race defined by several rain showers, the 8 TS050 Hybrid of Sébastien Buemi, Anthony Davidson and Kazuki Nakajima earned victory inside the final 15 minutes in front of 50,200 spectators (weekend figure). 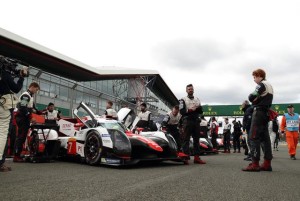 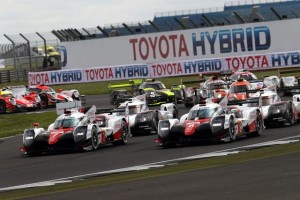 As well as the usual winners’ trophies, the 8 crew also claimed the Royal Automobile Club International Tourist Trophy, first awarded in 1905 and won by motorsport legends such as Tazio Nuvolari, Graham Hill and Stirling Moss. The pole-sitting 7 TS050 Hybrid of Mike Conway, Kamui Kobayashi and José María López set the fastest lap of the race but lost over an hour due to an accident and finished 23rd. José María visited the circuit medical centre and then travelled to hospital for a precautionary scan which confirmed he suffered no injuries. Although the race started in cool, dry conditions and the two Toyotas ran in first and second, the weather soon intervened; after 45 minutes a shower struck and light rain fell intermittently after that.