The 2015 edition of the Goodwood Festival of Speed promises great things. PEUGEOT, which will take advantage of this 23rd edition to present two new sports cars, will celebrate no less than 10 anniversaries at a stand with activities highlighting the brand’s DNA through its present, past and future.

As the third production vehicle developed by PEUGEOT SPORT engineers, following PEUGEOT RCZ R and 208 GTi 30th, the new roaring lioness logically takes the name 308 GTi by PEUGEOT Sport. It completes the 308 range with an ultimate 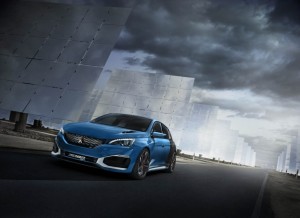 sports version powered by the 1.6L THP S&S engine producing 200 kW (270 bhp). With its large 380 mm discs at the front, 19” wheel rims with Michelin Super Sport tyres, Torsen limited slip differential and attitude lowered by 11 mm, it hugs the road and can go from 0 to 100 km/h in 6” and cover 1,000 m from a standing start in 25”3! At Goodwood, it will be presented on the PEUGEOT stand in its Coupe Franche (clear cut hatchback) version between the Noir Perla Nera the new Rouge Ultimate. Beside it, visitors will, for the first time in Europe, be able to admire the radical and highperformance PEUGEOT 308 R HYbrid 4-wheel drive, equipped with a hybrid plug-in traction chain reaching 500 brake horsepower, 270 of which come from the 1.6L THP combustion engine and two electric motors of 115 bhp each connected to the car’s front and the rear axle. This formidable bodybuilt feline of a car, offering 4 driving modes (Hot Lap Track, Road and ZEV), delivering different power levels, looks ready to swallow up asphalt. With its maximum torque of 730 Nm and its incredible weight/power ratio of 3.1 kg/bhp, it boosts an exceptional level of performance for a saloon: 4” to reach 100 km/h, 22” to cover 1,000 m from a standing start, a top speed electronically limited to 250 km/h and only 70g of CO2/km!

10 anniversaries to celebrate for PEUGEOT!

In addition to presenting the 308 GTi by PEUGEOT SPORT and 308 R HYbrid, PEUGEOT will set up an exceptional system that will enable the general public to stock up on excitement. This will be the case particularly on Thursday 25th June. Visitors can get behind the  wheel of one of 3 production cars available for testing, accompanied by a professional driver in the passenger seat:  208 GTi by PEUGEOT Sport 1.6L THP 208 bhp  308 GT 1.2L Pure Tech 130 bhp  308 GT 1.6L THP 205 bhp

308 GTi by PEUGEOT Sport on the Goodwood Hill Climb
For the race, Grégory Guilvert, the French development driver notably for the victorious PEUGEOT 908 and 208 in the Le Mans and Pikes Peak events, will have the privilege of attacking the Goodwood Hill Climb six times (twice a day: Friday 26, Saturday 27 and Sunday 28 June), the highlyawaited timed ascent reserved for exceptional sports cars. Two other legendary PEUGEOT cars will attack the famous climb. The 404 Diesel, holder of 40 endurance records set barely 50 years ago in 1965 and the legendary 205 Turbo 16, winner of the World Rally Championship in 1985 and 1986 with Ari Vatanen, Timo 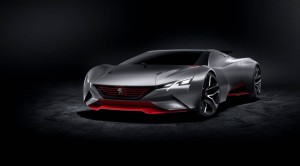 Salonen and Juha Kankunnen, which should delight those who are nostalgic for group B.

Virtual world also invited to the PEUGEOT stand
Enthusiasts will be able to take virtual command of the PEUGEOT Vision GT concept car, star of the Gran Turismo 6 game unveiled in early June, using the on-site simulators. It will also be an opportunity to discover the best of the PEUGEOT range completed by the convertible PEUGEOT 108 TOP!, the very energetic 208 GTi by PEUGEOT Sport, the crossover 2008, the elegant 308 GT and 308 GT Line as well as a competition section consisting of 208 WRX, entered in the world rallycross championship, and 2008 DKR which took part in the Dakar 2015 event and which will attempt the China Grand Rally from 29 August to 12 September.