BMW will be lining up for the FIA Formula E Championship once again in 2015/16. The second season of the race series gets underway in Beijing on 17 October 2015, and BMW will be on hand as the Official Vehicle Partner. The futuristic BMW i8 sports car (fuel consumption combined: 2.1 l/100 km / 134.5 mpg imp; CO2 emissions combined: 49 g/km) will once again see action as the Safety Car in the trailblazing race series for electrically-powered formula machines. 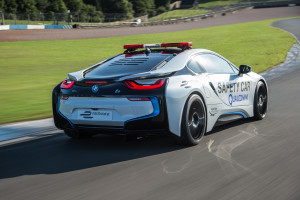 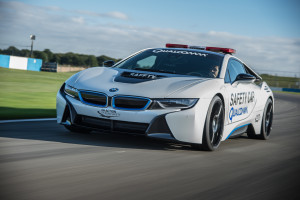 And the all-electric (and therefore emission-free) BMW i3 (energy consumption combined: 12.9 kWh; CO2 emissions combined: 0 g/km) will perform the role of Medical Car, as it did in the series’ inaugural season. Added to which, a pair of BMW C evolution electric scooters and a BMW X5 xDrive40e plug-in hybrid (fuel consumption combined: 3.4– 3.3 l/100 km / 83.1–85.6 mpg imp; CO2 emissions combined: 78–77 g/km; figures based on the EU test cycle, may vary depending on the tyre format specified) will be making their Formula E debuts, as models from other BMW Group brands join the BMW i cars in the eDrive family.

“BMW i and Formula E make 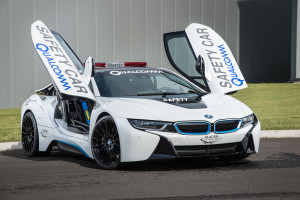 a great match,” said Jörg Reimann, Vice President BMW Brand Experience. “The world governing body of motor sport, the FIA, is branching out in a new and extremely interesting direction with the FIA Formula E Championship – and we have been on board from the outset. The series got off to a highly successful start in its first year on the calendar, with its all-electric formula racing cars, tight street circuits running through the heart of major world cities and innovative ideas engaging fans via social networks. BMW has been involved in Formula E from the word go. It signed up as the Official Vehicle Partner to supply the BMW i8 Safety Car and BMW i3 Medical Car. And this commitment has given the company a platform on which to press its claim as a leader in electric mobility. We’ve succeeded in bringing the driving pleasure for which BMW is renowned to the attention of millions of people in major cities around the world. The ball is very much rolling now; in 2014 and 2015 we laid the foundations for a successful partnership, and it’s one which will continue into the second season of the championship in 2015/2016.”

Formula E will become an “open” championship in its second season. Compared with the inaugural edition of the series, in which all the cars were technically identical, eight of the ten teams will line up for the new season with their own technology. The technical changes will be 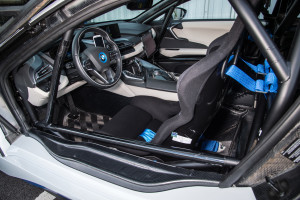 concentrated on the powertrain – specifically the electric motor, the inverter, the transmission and the cooling system – and see the cars differing in terms of speeds, soundtrack and, above all, efficiency levels over the race distance. The 2014/15 Formula E calendar featured eleven races in ten countries on three continents. Ten teams took their places on the grid for that opening season, each with two drivers at the wheel of standardised cars. Nelson Piquet Jr. wrapped up the title in the final race in London – and duly took his place in the history books as the first ever champion in this new series. The new season will begin on 17 October 2015 and again take in eleven races in ten countries.